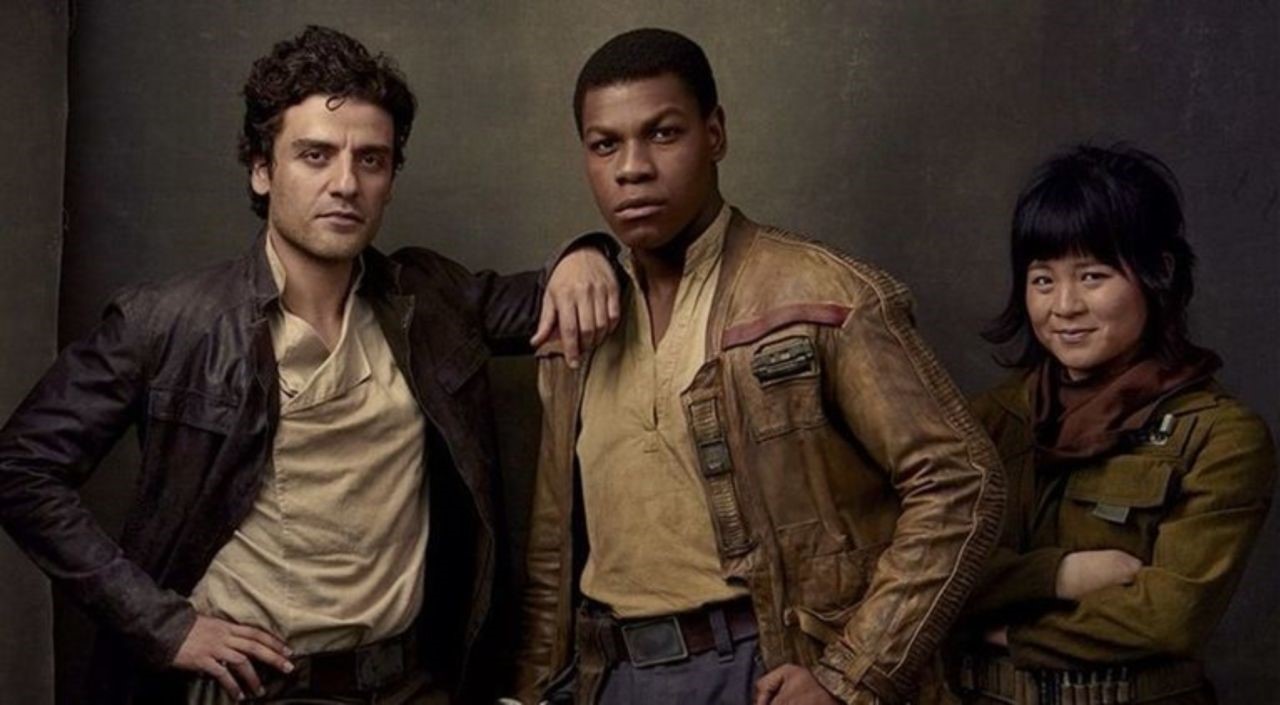 Last weekend saw the first event in the SWD – A Renewed Hope Galactic Open Series with the first three heats being held at the Canto Bight Open. Over the weekend 136 entrants tried to win for themselves glory and tickets in the three heats.  A chance to earn prize tickets, and then redeem them for the array of 19 spot glosses our fantastic art team created was much appreciated. First and foremost I would like to give Solis and Sarah a massive shout out for producing these masterpieces. I would also like to commend Elrathion and Lanza for their vision in creating the event concepts, as well as running those late Saturday with the help of TheGandork, LandoWonka for doing all the heavy lifting on the early Saturday event, and to everyone who played.

This article isn’t going to go into a deep meta-analysis of the decks players brought to the event but as part of our ongoing event reviews it is my hope that the winners and other key figures at events will be as willing to do as the star of last weekend, Vika, has done and write a retrospective of the event from their point of view. To briefly recap for those that haven’t seen the results Vika went 6-0 in both Saturday events and then 5-1 on the Sunday for an outstanding weekend of Star Wars Destiny.

Without further ado, here’s what Vika had to say:

Like everyone else, I had a great time playing in the Canto Bight Galactic Open! I’d like to thank everyone who contributed to the event by way of organizing, promoting, creating prizes, streaming and participating. The community really came together for this wonderful event!

I was fortunate enough to win all three heats, the first two with a 6-0 record and the third with a 5-1 record which I won on tiebreaks. I thought I’d say a quick word on the decks I selected for the three heats and how they fared.

My main consideration when choosing a deck was “can it beat Ackbar?”. Star Wars Destiny is a very skilled game, but there’s no way to ‘out-skill’ your opponent to victory over five X-Wing dice with 50% damage sides dealing five damage each, with United to back them up. Because of this, less experienced players using Ackbar can easily defeat veteran players who don’t have a specific Ackbar plan, and I wasn’t eager to lose to someone playing their first TTS game. To defeat Ackbar you must either push damage very hard or play Desperate Measures, so my decks aimed to do these things.

Heat 1 – Hondo/Pirate Loyalist/Pirate Loyalist/Ultimate Heist. With five hard hitting starting dice Hondo can both push damage and have access to Desperate Measures, so Ackbar isn’t an issue. While not favoured against Leia/Anakin, it can still put out a ton of damage of its own and give them a very tough time, particularly when Den of Thieves is on the table, which prevents Anakin from ever flipping to Darth Vader. I faced Leia/Anakin in the finals of this heat and was able to come away victorious over my opponent Byrus, who had a strong showing all weekend.

Heat 2 – Leia/Anakin. These two characters provide an incredible amount of value from their starting dice and abilities, and have amazing synergy together as Leia is perfect for protecting her fragile father, Anakin. This pair doesn’t do anything tricky, they simply out-value their opponent. Anakin’s ability to deal 2 damage on activation helps this pair push damage against Ackbar and can eek out some wins against him despite not being favoured. It was my hope that a DM deck winning heat 1 would convince people to stay away from Ackbar, but as it turned out I had to face him in rounds 4 and 5 and needed some clutch rolls to get the upsets against him. The finals of this heat were against Lumpy/Chewie/Valorous Tribe. Lumpy is a terrifying opponent for Anakin to face, as Heroic Protector on a 4 for 1 die deals 7 damage to Anakin (4 from Heroic Protector, 2 from Lumpy and 1 from Chewbacca), so these games are never over until they’re over. Fortunately for me, Anakin avoided rolling a 4 for 1 into Heroic Protector and I was able to out value my opponent Rainmaker to claim victory. For those who don’t recall, Rainmaker piloted Leia/Anakin to victory in the Redemption Release Party event, so I’m glad I was able to give him a taste of his own Leia/Anakin medicine!

Heat 3 – Hondo/eKrennic. This was an Admiral deck based off the Bail/eHondo deck that RocknTroll was playing. I decided to stay in villain yellow to keep Desperate Measures in the deck. Hondo is an excellent Admiral target, even when non-elite, due to the Pirate Loyalist dice that he brings. These dice roll in as an ‘after’ effect, so you don’t have to resolve them before activating Hondo on a reset, which gives you mor time to fix these high ceiling/low floor dice. I was able to find my Admirals early and often this heat, so I never had to overcome the greatest fear of Admiral decks, which is not finding your Admiral. In round 1 I needed a huge reset from Krennic to win against Mawloc on Vader/Savage, after Hondo was killed, and luckily for me Krennic pulled out the victory. In my next 4 matches Hondo was able to Admiral reset his way to victory, including a perfect starting hand which allowed Hondo to deal 14 damage round 1 to an opposing Hondo/Bail team.

In the final round I was paired down against a 4-1 trap-based Wicket Ewok team with Sound the Horn, piloted by Chiny. These Ewoks did more damage than I could handle and ended up defeating Hondo and Krennic despite a round 1 reset on Hondo. The traps often triggered based on the number of dice showing damage on character and upgrade dice, and with Hondo and Krennic having no damage sides on their character dice this was not a case of the Ewoks facing a dream match up, far from it in fact. Despite not finding an opening Trap, nor ever rolling damage on Wicket, Chiny and his Ewok team ended my previously perfect run and brought back bitter memories for this Patriots fan. I think that with more practice vs Ewok Trap decks (who has any practice vs them?) I could have increased my odds a little, but part of the strength of playing your own off-meta decks is that opponents will have less experience against them and play less optimally against them. A perfect end to a great tournament, with the pesky little Ewoks defeating the evil meta-decks. Well done Chiny!

All in all it was a great 36 hours of non-stop destiny and I can’t wait until the next Galactic Open!

I would like to address this briefly before moving on. I didn’t get this right in terms of how much of a logistical challenge orchestrating this would be. It is resolved now. I hope that everyone who had to wait longer than expected will please accept my apologies for the delay. I am sorry about this and it will be better and slicker next time. The team behind the scenes have worked incredibly hard this week despite challenging personal situations to make this happen. The promos themselves will be limited after this event but will be available at some of the other events we will be doing. Which leads me neatly on to the next part….

For ARH-run events there is the upcoming Redemption Mid Cycle event, which will be where you can get your hands on a very snazzy Dr Aphra spot gloss (if you make top 16). Beyond that, the ARH set 3 release event in early summer. We have already announced stop number two on the Galactic Open Series will be Tatooine in late summer and we are starting to plan for and arrange in-person events, including some as part of the Galactic Open Series. These are likely to be at gaming conventions (when those start happening again) and we are always looking for help and support with these. We are starting to tentatively plan for larger in-person events now as well. For smaller local events our next Game Night Kit will be available in May. We are working to make these available in different languages because we are aware that this is a worldwide endeavor.

Heroes of the Resistance

Lastly I am very pleased to say that none of this would have been possible without the support and engagement of playing cohorts both in-person and online. To that end I am delighted to announce the Heroes of the Resistance series of events. These will be a group of events run, arranged and planned entirely by prominent online groups and discord servers. They choose the rules and the format. One of the prizes for winning those events will be a paid entry to ARH Worlds*.

The first of these will be on April 24 2021 and run by Echo Base with the Battle of Hoth event.

Announcing: The Battle of Hoth

Other groups who will be involved in the series include On The Sensors and Dice Commando, who will in time be arranging events as part of this series.

We are a global community who have achieved truly incredible things in staying together through circumstances which could easily have led to this wonderful diaspora falling apart. Thank you for taking this journey with us.

*Currently hoped to be in person at LVO 2022, pandemic dependent. 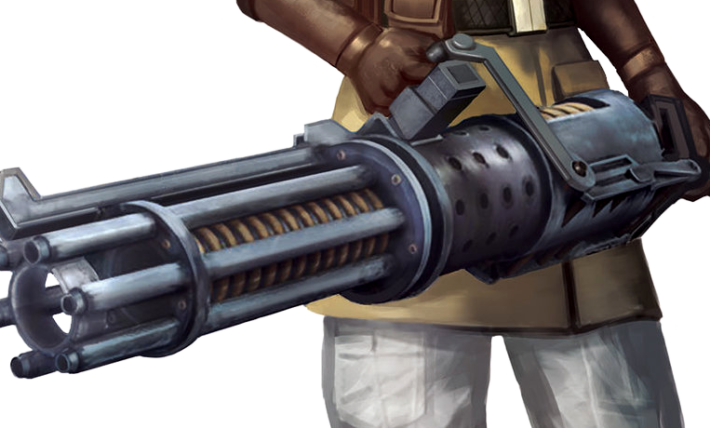 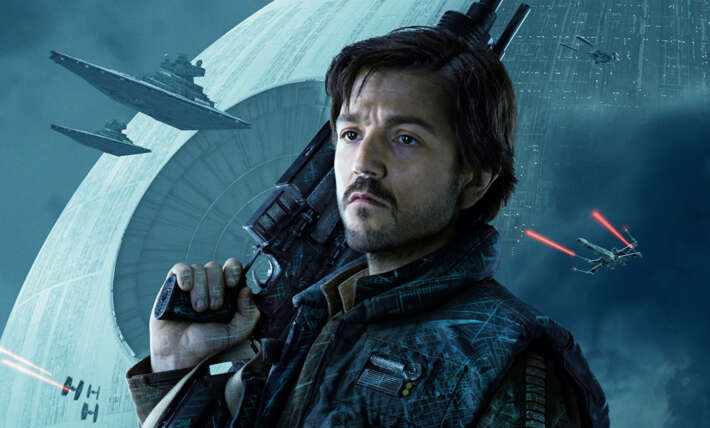 I Found the Answers!