Hello Destiny Fans! I’m Rebel Traitor, and I’m back at you again with another article!

Last weekend was the Coruscant Open, which was some of the most fun in Destiny I’ve had in a long time. The meta was incredibly diverse, with 3 different decks winning the 3 different heats. Rako/Kallus, Bossk/Fennec, and Cassian/Greef/Wolffe/Strategic Discipline. Two of those decks, Rako/Kallus and Cassian, were piloted by yours truly, and I am here today to share with you the secrets of those decks, and to give a breakdown of the overall meta at the event.

First, a shoutout to the old NPR Star Wars radio dramas, which I listened to over the course of the tournament. Really high quality, especially the New Hope one.

This heat was very early for me, starting at 4am my time. Still, I decided to get out of bed and play a simple aggro deck because I didn’t want to think too much. It turned out I didn’t have to, as Rako/Kallus brought me to 5-1, and I ended up winning the heat by strength of schedule. I didn’t expect that outcome, but Rako/Kallus is a very strong deck.

The deck is pretty simple. You get a free damage every round because of Rako’s detect in combination with Kallus’s ability, and you play the highest value upgrades and supports you can. Rako’s resource gain ability naturally lends himself to a style of play that incorporates both supports and upgrades. The deck also plays Black Market Connection, as well as Contraband Seizure, Lavish Cape, and Covert Mission to dig for it. BMC allows you to play Vibrosword and General easier, which further increase the value this deck generates.

The only deck that I lost to was Rando Mando’s Cassian supports, which you’ll hear more about later. It was fairly close, but that matchup is definitely not favorable for Rako/Kallus.

I played Lando/Senator/Rescue Han at Heat 2, but I didn’t win so I’ll keep it short. I went 5-1, losing, ironically, to Norman playing Rako/Kallus. It’s a fun support deck that isn’t quite as broken as Cassian, but I still enjoy it. Games with this deck tend to be very close, rescuing Han can get tough. I still managed to get him out in 5/6 games though.

In this heat, I played the Cassian deck.

If you haven’t read my Seeking Answers release party article, I’d recommend reading that to get a good overview of the general point of the deck. This version is different from the version I played at that event, because Cassian has since been restricted with Senator. This version still has 2 leaders, and incorporates Strategic Discipline, which is one of the most fun cards in Destiny right now. It also has crazy potential, especially in this deck. At this deck’s peak, it’s been able to see 19 cards on turn 1.

This deck went 6-0, and none of the matchups felt particularly challenging. The only things that make this deck cry are Zeb, Desolate Deed, and decks with lots of 2 discard or disrupt sides, and those decks did not show up this weekend, at least not in Heat 3.

If you want to be competitive in this meta, you have to know Cassian, either to play him or to beat him. His turn one’s are some of the most impressive you’ll ever see.

The ARH monthly league is the longest running tournament in Destiny history, and this month’s season represented a new phase in its life. For starters, thegandork, its previous manager, stepped down and I began to run the league. Second, the league went free to play, and remains free for coming months!

This month, we had 21 people play at least one game, and they played 70 different decks! Technically, there’s one more day left in the June league, so that number may go up tonight. The league truly represents the diversity that the game has to offer, and it’s been an amazing experience presiding over it.

The June league’s top cut, as well as the league invitational that happens every 6 months, will play out over the month of July, and will be broadcast live for your enjoyment.

If you want to take a deeper dive into the data from either the Coruscant Open or the League, take a look at these spreadsheets:

If you want to join the ARH league, click HERE. It’s free, so you have nothing to lose and everything to gain! 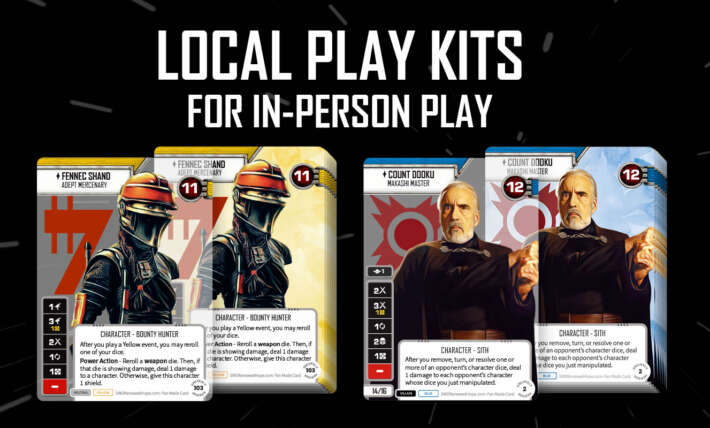 Local Play Kits – Let’s get together to roll dice! 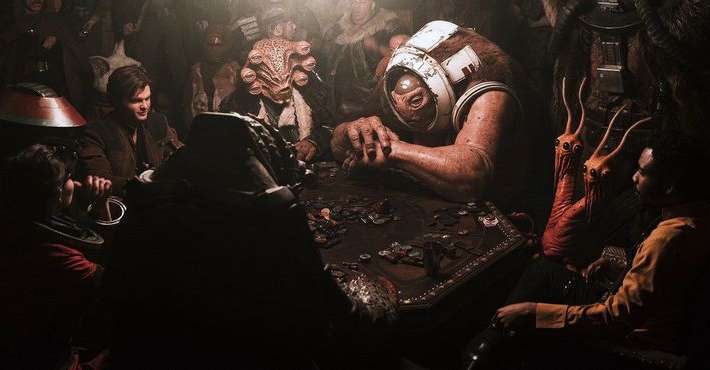