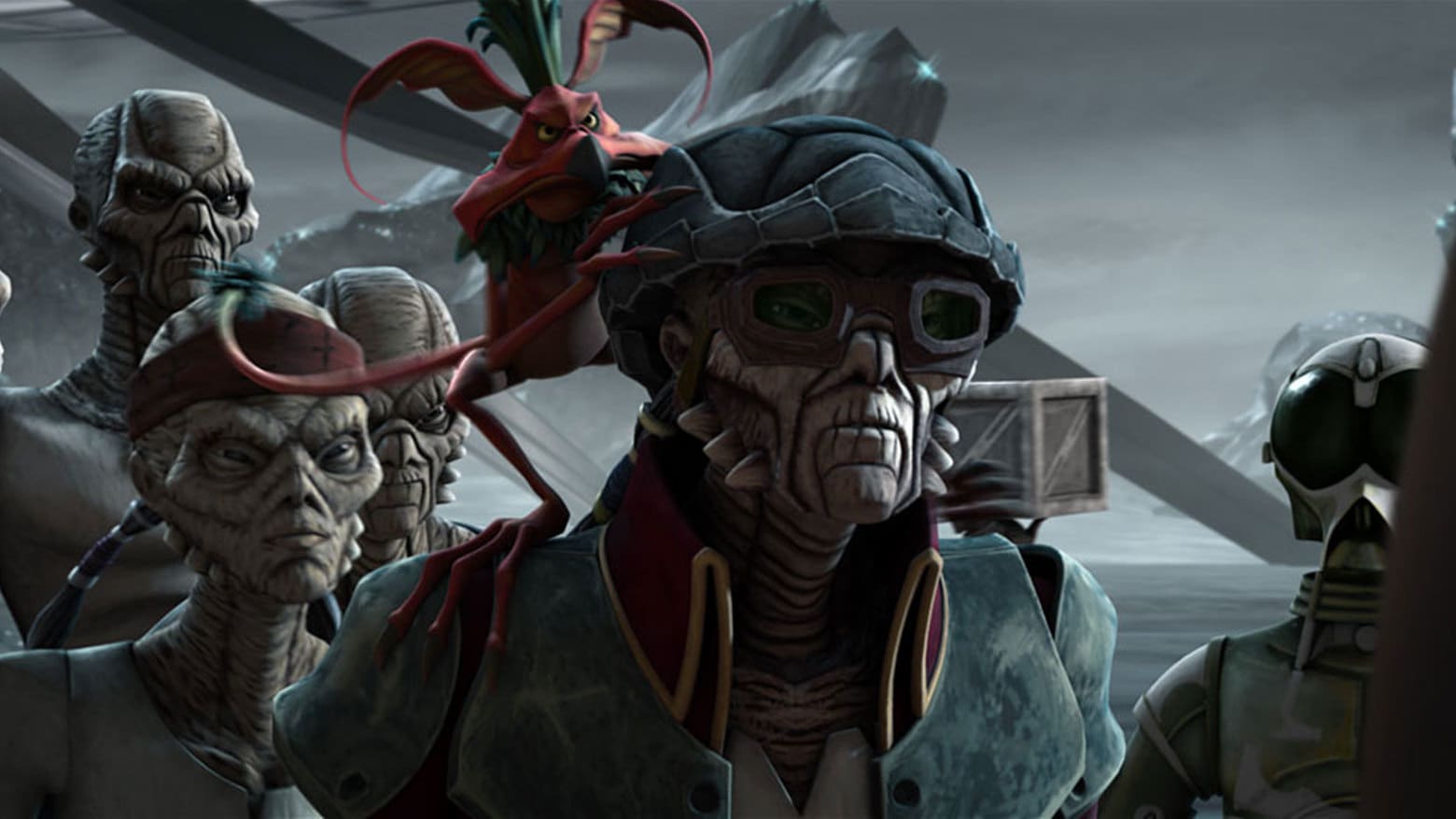 Hello sports fans! And Destiny fans!  It’s your favorite rules guy, TheGandork, back with another balance update article.  This one is exciting since it’s the first one since Redemption released two weeks ago.  For this update, we’ll be asking pirates to walk the plank and establish a new watch list for the shifted meta.

Anakin Skywalker (Transformations)/Han Solo (Transformations):  I’m just combining these two at this point as they’re practically brothers-in-arms.  Our favorite powerful characters from the FFG Transformations expansion.  They’ll continue to be on the watch list, but so far they’ve felt mostly in-check in the new meta.  They both have some exciting new partners, like Leia Organa and Dash Rendar.  Anakin/Leia actually won our release event.  But since then people have discovered a bunch of exciting builds from Redemption that seem to compete with these guys just fine – like Wookiees, Benthic/Dak, Veers things, and the infamous pirates.

United/We Stand:  I think UWS has been in a good spot over the past month and a half.  At the cost, decks have a number of plot options with the addition of Redemption that compete with UWS, so it’s not as slam dunk of a choice as previously.  This will be leaving the watch list for now.

Kamino Cloning Facility: This card is still borderline NPE in the decks that run it and will be continued to be watched.  It hasn’t quite seen the results needed to make us consider a change at this point, but when you sit across from a 37 health starting Veers lineup, then they drop one of these round 1 – it’s real miserable if you don’t have a way to discard the support.

There’s been a consensus among our balance team that the negative play experience from playing vs pirates has been too great.  There has been a lot of healthy debate over the past couple weeks on the best ways to address it.  One of the key problems we identified was the ability for the Pirate Loyalist to give a weenie character – like Nightsister Zombie or Jawa Junk Dealer – the provided basically no benefit to the receiving player.  It’s bad enough to have money stolen, but it’s even worse when you basically get nothing to show for it.  In the case of the Nightsister Zombie, you can’t even assign the pirate indirect damage sides (EDIT: Kragan, Raiding Party, Synara – totally what I meant :p) to it.

Players have been flexing the line of play where you start with double Pirate Loyalist, win the die roll, choose your battlefield, then their first two actions are to Pirate Loyalist PA and steal money.  The effectiveness of this has been questionable, but it is particularly annoying to play against when you are getting Zombies.

This change makes it so that a Pirate Loyalist can only give himself over to the opponent, ensuring the opponent gets something of value in return.

Another key problem identified was how easy it was to flip The Ultimate Heist, then once Master of Pirates was on the table so early, the power action to take a resource compounded the negative play experience for the opponent.  Upping it from 4 resources to 6 resources to flip, the equivalent of 3 rounds of resources instead of 2, will make Master of Pirate enter play more often in rounds 3-4 or later with good counter play.  This should help the pirate matchups feel less suffocating against an opponent’s resources through the game as well.

Kamino Cloning Facility: Also a monthly staple of the watch list.  It got new deck builds that might be more competitive in Redemption with Wookiees and Veers and until we know how those all shake out, this will continue to be here.

Plunder: From the above pirate changes, this was another card that was debated fervently, but ultimately this felt like the weakest of the issues. Plunder is the quintessential pirate card and powerful effects are best suited for an event like this, along the lines of things like Instigate, Hit and Run or Through the Crosshairs.  Plunder does provide opportunities for decks to play around it, either by making sure money doesn’t build up for it to be game breaking or battlefield control manipulation.  Nevertheless, this will be something to watch going forward if pirates continue to be a negative play experience.

Dash Rendar: From a negative play experience perspective, the interaction between his power action and cards like Controlled Chaos, plus his ironically perfect pairing with the above mentioned Han Solo, leave him as something we’re keeping an eye on. Competitively he’s been hit and miss due to needing to rely on rolling well in order to be effective, but competitiveness isn’t the only thing we look at. Action cheating is an exciting part of the game and a defining trait of the yellow color pie, but taken too far and players hate that they can’t interact.

The SWD: ARH Approach to Balance

The twin suns set on the Tatooine Open (Part 1)