The twin suns set on the Tatooine Open (Part 1)

Last weekend, A Renewed Hope held our Tatooine Galactic Open event,  comprised of three different Heats. The first event was won by Norman on Jyn Erso (Faltering Allegiances), Han Solo (High Stakes), and Intelligence Operation. The next two events were both won by Hipo, with him taking Heat 2 with Anakin Skywalker (Transformations) and Ki-Adi Mundi, and the third Heat with Din Djarin and Rebel Sniper. Three different decks winning is an exciting result, and there was quite a bit of variety played as well throughout the three tournaments – and beyond our first place winners, we had quite a few participants play games and win prize tickets.

But now, with the twin suns of Tatooine setting behind us, its time for those who played to claim their exclusive Spot Gloss prizes. For those looking to redeem their prizes, head over to arhprizes.kingwoodhobbies.com. An email should be going out soon with instructions on how to claim your tickets so that you can cash them in!

Looking to find out more about how the top decks did? Hipo decided to share some of his wisdom with us, all the way from Poland! Here’s a write-up from our International Superstar on his Anakin Skywalker and K-Adi Mundi deck that took Heat 2 – and stay tuned to this website for a write up from him about his Din Djarin and Rebel Sniper deck in the next few days!

I have always been a competitive player. To be honest, the only reason I picked up Star Wars Destiny (besides being a CCG junkie and a huge Star Wars fan) were the tournaments, big and small. I still remember the times when we would get over 20 people every week at our local tournaments, as well as when I got to play in the the biggest events I attended – National Championship (man, I was so close to winning this paid trip to worlds!) and European Championship events.

Next, I played in the era of online tournaments, primarily hosted by Entourage Gaming. I’m so grateful to Lanza and Moophisto for running those. If it weren’t for these guys, as well as TheGandork and the Artificery League, I would’ve probably quit Destiny a long time ago.

Of course, then A Renewed Hope came along and we got Release events, as well as Galactic Opens, and even though I’m not a big collector of spot glosses, I love the competitiveness of those tournaments. That’s why I was so eager to go to Tatooine… and though I knew I’d be unable to play in all three Heats, that was alright because I only had two decks ready anyway and didn’t want to play the same deck twice.

I was very glad Norman took down the first Heat with his Jyn Erso and Han Solo deck – not only because he’s a great guy and put together a great deck, but also because I knew my weapon of choice in the form of Anakin Skywalker and Ki-Adi Mundi had a good shot against Jyn and Han, and  was expecting at least a few Jyn decks around the top tables.

If the first ever A Renewed Hope Weekly Tournament event was any indication, I also expected some mill and burn decks as well; thanks to Ki-Adi’s sick Power Action, this deck is almost an auto-win against any mill or burn deck.

Mill? Haha I can recycle my ancients back to top of deck.

Burn? Haha I can get 5 shields + every round for free.

Jyn lockout? Haha if you detect my weapons I can still play them.

My primary concerns were Luke Skywalker from Transformations with Obi-Wan Kenobi and the big bad Mandalorian himself, Din Djarin – luckily, I was able to dodge those.

As for the deck itself, there isn’t anything out of the ordinary there. I run a standard lightsaber package (Shotos and Ancients) plus the standard Ki-Adi package (Jedi Lighsabers and Ki-Adi’s own lightsaber) plus Anakin’s and Leia’s sticks as well. However, in hindsight I am considering replacing Leia Organa’s Lightsaber because I didn’t play it at all during the event. I’ve also included Jar’Kais as well, though they are primarily an extra addition and not a necessaru win condition.

The deck’s event package is also what you might expect from a mono blue hero deck. The newest additions, both from the reprint list, were Beguiles and Ripostes, and boy, did they pay dividends. Beguile replaced Force Reflexes compared to my pre-reprint list because Ki-Ani isn’t the fastest deck out there and I often found myself in a situation where I had the resources and the card in my hand but didn’t have any dice in the pool to be able to play Force Reflexes.

As for Riposte, I somehow didn’t get the memo that it got reprinted until right before the Galactic Open, but this card is MONEY. It can set up the Anakin flip or it can outright deliver a killing blow to the opponent’s main character, all for the grand price of zero resources.

As far as future refinements go, I would likely include All In instead of Leia’s saber. I’d also at least consider running a second copy of Pacify (I love free removal so much!).

As for the mulligan, I always want to see at least one shielding saber (Jedi’s or Ki-Adi’s), one piece of free mitigation, and IBAT. Riposte is also great as it helps me plan early Anakin flip.

Wrapping it up I just want to say that although this deck does sick things to a number of other good decks (or even whole deck archetypes) it isn’t, in my opinion, the absolute best deck out there. Transformations Luke Skywalker will definitely cause it trouble, and Mando can shoot through all the shields before Anakin flips. Ahsoka (High Stakes) can also be a problematic matchup, as can Ackbar (Redemption).

I want to start by saying that there’s no chance I could’ve pulled of the 6-0 if it wasn’t for some luck in drawing favorable match ups.

And that, kids, is how I met your mother… I mean how I won my first Galactic Open. 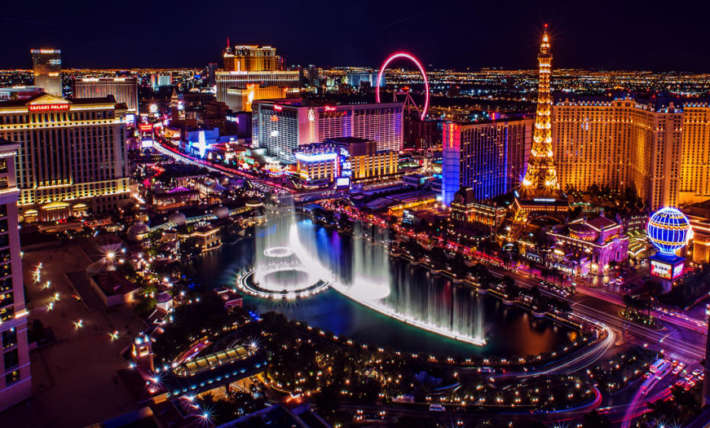 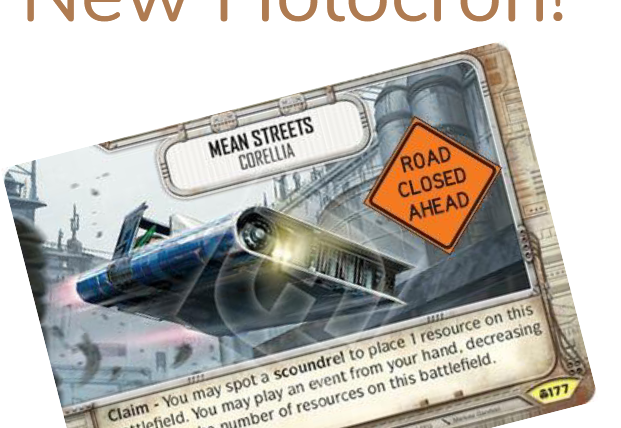